Whatever Gets You Through The Night –

A few weeks ago I had a stressful few days at work, and I reverted to some old patterns of coping. I ate chips, drank soda pop, thought about smoking, but didn’t, and I became obsessive about TV. Specifically, watching Big Brother and Lifetime movies. This is what got me through the week. I alternated from trashy reality TV (which is a newish pattern for me considering the age of the art form) and trashy made for TV movies (this has existed for decades and I attribute Melissa Gilbert among other worthy actresses such as Valerie Bertinelli and Jacquelyn Smith in seeing me through some stressful times in my twenties).

Then an old standby arrived on my horizon to pull me out of my anesthetic television watching: Shark Week. I’ll leave that most hallowed of all television watching for a later post. Now I must discuss my love of melodrama and victims and secrets and crazy weather patterns that seem to plague plucky, yet beleaguered heroines on the Lifetime channel.

Does this channel secretly exist to reinforce women as victims? Does the addition of colons in titles make for good melodrama?

If you are watching a Lifetime movie it is useful to know who Joe Penny is and try and guess what his creepy secret is. If he is a police officer in a small New Englandtown who is the lead’s brother-in-law you can best bet he is up to no good and by the third act our little leading lady is going to be handcuffed in a hunting lodge! I don’t care what the secret agenda of this network is all about. This is mindless trash. And I need to throw this in: 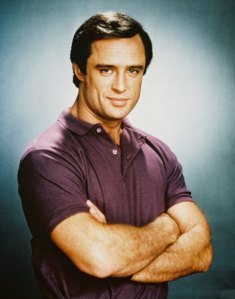 there is always a scene where the leading lady kicks butt. She might be in completely inappropriate footwear for fighting back, her hair might not move (Loni Anderson!), and in most cases it might come too little too late (how many of them willingly married mobsters). But fight back they do. So there are teaching moments, too. Take that women study majors!

My teaching moment the last few weeks is this: I revert back to old patterns when stressed out. Potato chips brings me a measure of peace, Coca-Cola gives me enthusiasm, and yes, watching a 1970s television Icon-ette fall in love with a madman masquerading as a nice guy next door, then watching her find out his horrible charade, and then watching her fight back by pushing him toward the motor of a yacht, underwater, all the while her hair is perfect, well, this gives me comfort.

Below is a list of Melissa Gilbert’s hi-lights as a woman under siege in Lifetime moviedom:

Heart of the Storm – relationship break-up, hostage situation, and a hurricane. She’s got her hands full with this one.

Sanctuary – not really, she’s being stalked!

A Vision of Murder: The Story of Donielle – witnessing a murder as a child, family alienation, living in a town that is being terrorized by a serial killer. And, oh, yeah, Gilbert knows who the serial killer is. Cripes, this one is a doozy. 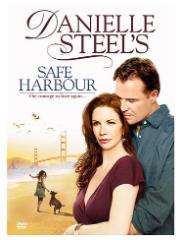 Murder at 75 Birch – brother-in-law as killer movie (major theme in Lifetime movies and Gilbert raises the bar once again).

Childhood Sweethearts? – Yikes, I can’t even begin to explain this – it has mistaken identity and a hostage situation.

Hostile Intent – on the job harassment and revenge. This one’s for the mortgage.

Dying to Remember – again she has witnessed a murder and once again forgotten.

With a Vengeance – Amnesia! Serial Killer!

Blood Vows: The Story of a Mafia Wife – title says it all.

This entry was posted in boots1965 posts, Uncategorized. Bookmark the permalink.