The following guest post is by our  friend and surrogate brother Dan Gillotte. A favorite Dan memory is dissecting the film Pulp Fiction. I was an idiot – stating the film was “vapid”.  Dan responded nonchalantly, “Really? You should watch it again then.” I did and have about 30 times since. Thanks, Dan.

No Country for Old Men (2007) – I saw it at a late show on a Monday night. I was one of
the only people in the theater and left to an empty parking lot. Drove home through 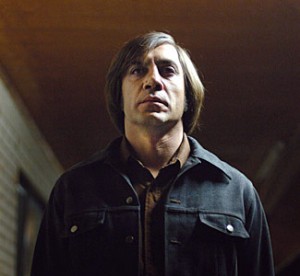 deserted streets half expecting Javier Bardem to kill me at every intersection. The tension in that movie is insane. Gut-wrenchingly loaded with foreboding.

Reservoir Dog (1992) – Another tension fest, but the topper is the ear scene, when Mr. Blond is torturing the cop that is tied up and has his mouth duct taped shut. Stealers 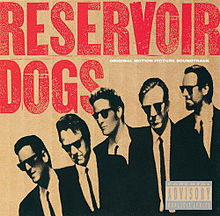 Wheel’s “Stuck in the Middle With You” is playing and Mr. Blond is dancing with a straight razor in his hand! Holy crap is that scene disturbing. I thought this was the most graphic thing I had ever seen, but when I watched it again over time, I realize that Tarantino really shows VERY little actual active violence. He just stuffs every frame FULL of menace and terror.

Black Sunday (1977) – My first John Frankenheimer film seen as a child, I have no idea 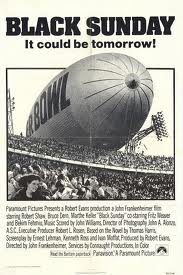 why my parents let me watch it. It left a lingering fear of stadiums and snipers and terror of senseless violence coming out of nowhere.

Invasion of the Body Snatchers – either the 50s OR the 70s version (though I like the, 1993, Abel Ferrara version too). The idea of being replaced by a look alike OR being left as everyone ELSE is replaced is terrifying to me. The end scene of the 70s version terrified me when I saw it on a 13” TV when I was 10 and every time since. Shrieking Donald Sutherland? Yikes! 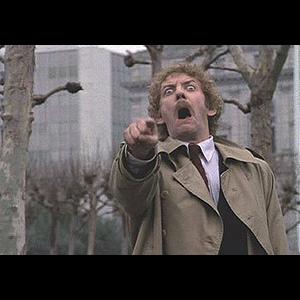 Dan is a life long film lover with a desire to one day host a dystopian future film series.

Kari Wagner-Peck lives with her husband and son in Maine. She is a writer & storyteller who home schools with her son. She is the author of the memoir Not Always Happy: An Unusual Parenting Journey, May, 2017, Central Recovery Press. She has been published at CNN, Psychology Today online, The New York Times Well Family blog, The Huffington Post, The The Good Men Project, The Sydney Morning Herald Daily Life blog, BLOOM and Love That Max among others. Author page: kariwagnerpeck.com Twitter @KariWagnerPeck and Facebook: www.facebook.com/NotAlwaysHappyLive/ Email: kariwagnerpeck@gmail.com
View all posts by Kari Wagner-Peck →
This entry was posted in Uncategorized. Bookmark the permalink.