“Yeah, there’s a lot of bad ‘isms’ floatin’ around this world, but one of the worst is commercialism. Make a buck, make a buck.” – Alfred, a janitor at Macy’s in Miracle on 34th Street. 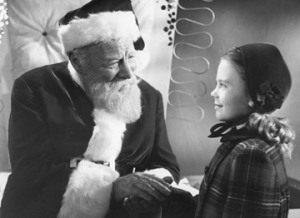 O’Hara, John Payne and little Natalie Wood is one of my favs as holiday films go.

Doris (O’Hara) works at Macy’s department store. She is also the divorced mother of Susan (Natalie Wood). Doris is super pragmatic. A real left brain thinker. She has raised Susan to think that pretending is lying. Therefore, there is no Santa and no make-believe.

Enter Fred Gailey (John Payne) the single, lawyer  who lives next door to them 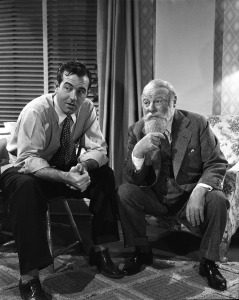 and Kris Kringle (Edmund Gwwen) the elderly gentleman, who is hired by Doris to play Santa at Macy’s department store – for all the gullible children.

The thing is Kris thinks he is actually Santa and so does Fred. The two decide their mission is to convince Doris and Susan that they need to believe, too. Not just in Santa but in something.

Believing or not believing is a big part of what the film is about. Is Kris a nut job or isn’t he? That ends up being determined at a lunacy hearing at the end of the film.

Fred takes the case much to Doris’s dismay. She thought maybe she would give love another chance but Fred now seems impractical. He gives up his job at a prestige law firm to defend Kris. Fred now wants to open his own practice where he will “help other people who are pushed around in this world.”

Sure, it’s a “holiday movie” about Santa but it’s not about Christmas. Santa is a frame of mind. Santa is a year-round-way-of-being. Santa is kindness and joy and love and all the other intangibles.

Doris thinks that kind of talk is really crazy – maybe even dangerous. Fred tells Doris – “(Not) to overlook those lovely intangibles. You’ll discover those are the 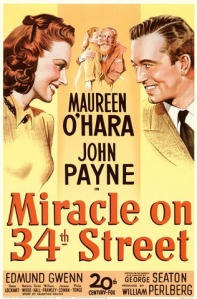 only things that are worthwhile.”

It’s a nice change up in gender roles – the guys are about feelings and the girls are about hard edge skepticism.

How tough was it for Doris to be a divorced, working mom in 1947? Pretty tough. So maybe she had to be a little more practical than most. And, O’Hara is just dame for the role.  In my book, Maureen O’Hara was the only real threat to John “The Duke” Wayne on film (The Quiet Man, Big Jake and McLintock!).

Miracle on 34th Street is a holiday movie wrapped in a fast paced, well-acted, funny, sweet without being sentimental, good message story.

There are many many things I LOVE about Jim Henson’s Emmet Otter’s Jugband Christmas including, Emmet, his mom, the jugband, his friends, the sets and the music. BUT, when I’m really honest. I mean REALLY honest, I have to admit that my truly favorite part is The River Bottom Nightmare Band. 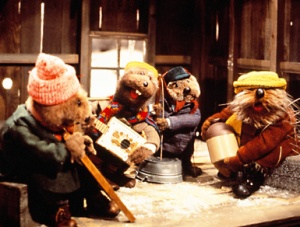 I know they’re jerks, especially Chuck, the surprisingly cuddly-looking yet mean bear leader. But I LOVE them. I saw this film once on HBO back in 1978 (I’m guessing) and never saw it again, but the River Bottom Nightmare Band’s song stuck with me through the ages in all its angry menace. Back in the days before Youtube, we couldn’t find clips of stuff so we had to make due with memory or fill the void with replicas. And this is why I am straight up certain that Emmet Otter’s Jugband Christmas led me to love Alice Cooper, Iron Maiden, Megadeath, Manowar and King Diamond in my teen years.

I mean it’s not a far stretch from this

So thank you, Jim Henson and friends. I’m so pleased to be able to bask in my love of the metallic mastery of The Riverbottom Nightmare Band on DVD now and it’s currently streaming on Netflix.

Things I Get Wrong –

Kevin Smith is a good filmmaker. I just watched Red State (2011) and as ambitious movies go that deal with right wing religious/politics, homeland security and the impact on due process, and then the smaller themes of self hatred, self righteousness, repression and oh, yeah all wrapped into a horror movie model, then this movie hits the mark. (Sorry about the long sentence.) 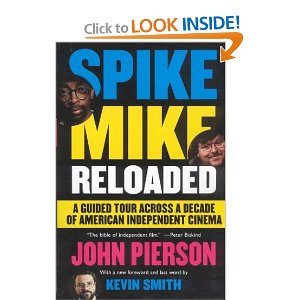 1990s decade of independent filmmaking. And I like where Kevin Smith came from and what he achieved. I just didn’t fit all the pieces together until I watched Red State on demand last week. That’s how I am, though. It sometimes takes a long time for me to be in on the latest craze. This one took me twenty years but I am a believer now. This guy can make movies.

Red State is terrifying and shot like a horror movie. It involves a cult of way, way righties and torture victims encased in Saran Wrap. Wow, heavy stuff. It is great seeing Michael Parks in a new movie. I haven’t seen Michael Parks in a movie since the 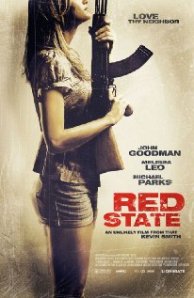 1980s. He was always so intense yet still understated. In this film his character is way broad and over-the-top. He nails it. Melissa Leo, current darling of the independent scene, is absolutely scary and dead on as a hate-filled creep. I remember Leo from the TV show, Homicide, and always thought in another time she would be a star. And now she is! How cool.

Note to self –  I need to re-visit 1990’s movies in general. I know I can stay away from the junkie, soul-less movies. Is that really filmmaking or is it just being really, really bleak and hoping people see it as art? There I go again! What if I’m wrong about those, too? I am feeling ambivalent now about any criticism I have held from that decade. Maybe bleak junkie movies are where it’s at. I doubt it, but I have made some mistakes so I’ll keep an open mind. Maybe I’ll watch High Art (1998) again. It does have Patricia Clarkson.

My most favorite Thanksgiving film is not an obvious one. It’s The Last Waltz (1978, dir. Martin Scorsese). The Last Waltz was a concert by, The Band, held on Thanksgiving Day, November 25, 1976, at Winterland Ballroom in San Francisco. Billed as a “farewell” 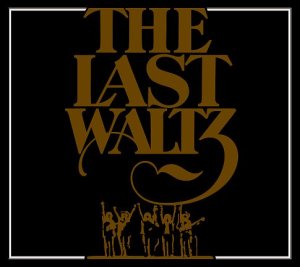 Needless to say – it is not your typical concert film. It is one of the ultimate concert films. From Up On Cripple Creek to It Makes No Difference to The Weight to Coyote to Helpless to I Shall Be Released and on and on…

I didn’t see the film until 1988. I was in graduate school in Iowa City. I had just ended a nine-year relationship. I was alone and had the flu. My sister, Betty,  had sent me a copy of it on VHS taped from PBS. I watched it ten times over the weekend. Two things were clear by Sunday night – I felt better, I loved The Band more than I had and I developed a massive crush on Robbie Robertson. He really has wide appeal – our mother 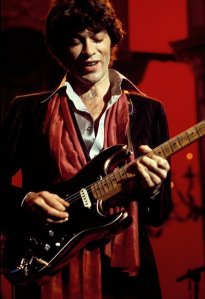 had a crush on Robbie, too. And – I am pretty sure Scorsese had a major man-crush on the dude back then. The dreamy interview interludes with he and Marty are great. (I do suspect though that Danko and Helm probably made fun of Robbie behind his back for all the attention Marty showered on him in the film.)

The Band was Dylan’s (that would be Bob) back up band for years. His performance is unusual in that he seems happy – buoyant even. Bob, love the white pimp hat.

They  also used to open for Ronnie Hawkins – think awesome biker rocker. Hawkins does a mean rendition of Who Do You Love? 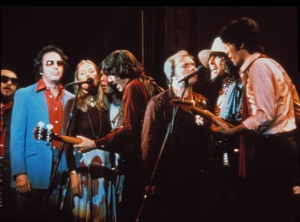 Manuel will break your heart with his soulful voice (Richard,why did you have to kill yourself?)*.

You don’t have to have just ended a relationship or be sick to enjoy the merits of the film. Watch it for the music and get sucked in by the oral histories – from Helm talking about the Midnight Rambles of the South (which he re-creates every weekend at his Woodstock farm), to Hudson telling his parents he was a music teacher rather than a poor, touring rocker and Manuel telling it like it was.

Years later, Betty and I went to a reunion concert of sorts that had Rick Danko, Levon Helm and Garth Hudson. It was sort of sad and sort of great.

For an unsentimental take on the whole thing read rock promoter Bill Graham’s autobiography Bill Graham Presents: My Life Inside Rock And Out, 2004.

* Robertson tells Scorsese in the film – “The numbers start to scare you. I mean, I couldn’t 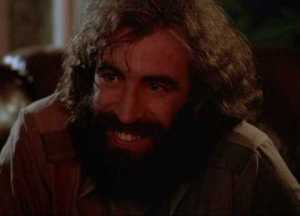 live with 20 years on the road. I don’t think I could even discuss it.” I thought it sounded a little rehearsed in the documentary but I guess it was still true. Richard Manuel committed suicide in a hotel room while on a reunion tour with The Band.

Posted in notatypicalmom posts, Uncategorized | 4 Comments
Smoking at the Movies
Create a free website or blog at WordPress.com.
Loading Comments...